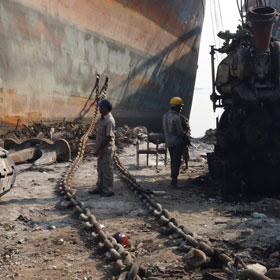 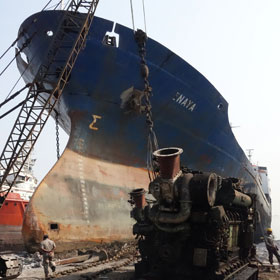 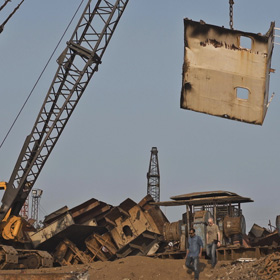 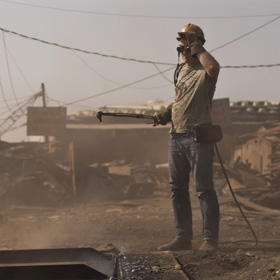 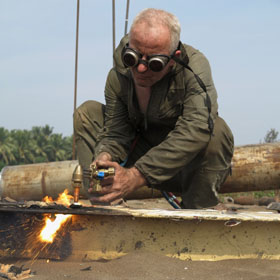 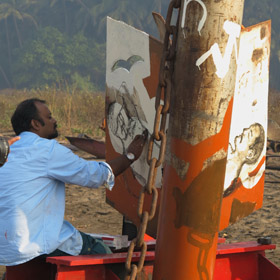 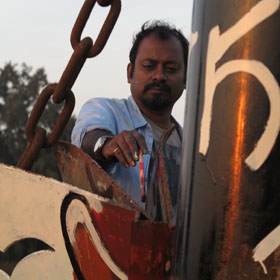 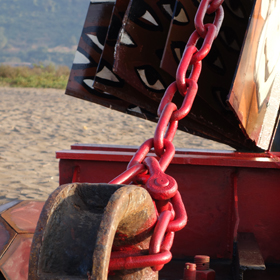 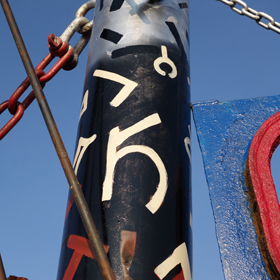 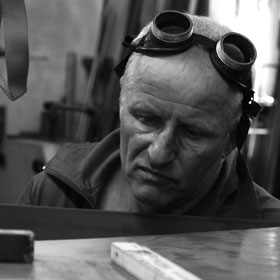 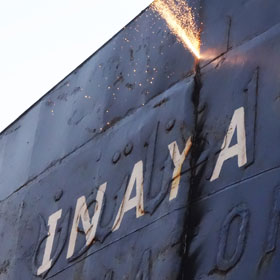 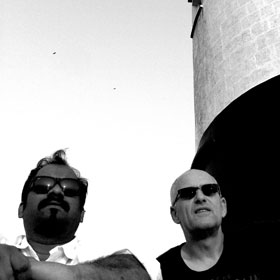 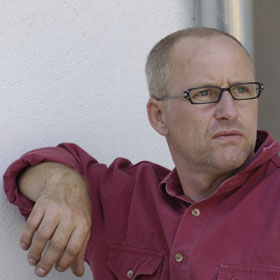 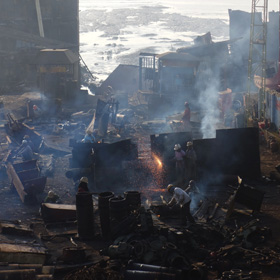 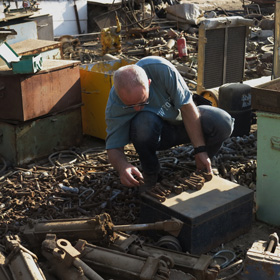 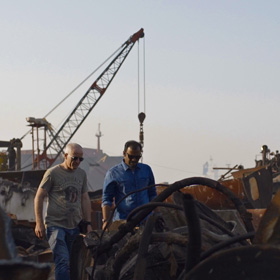 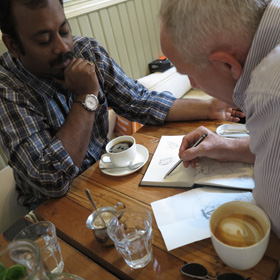 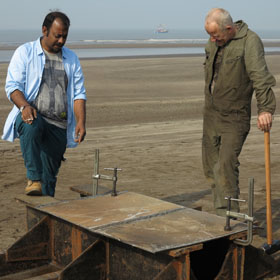 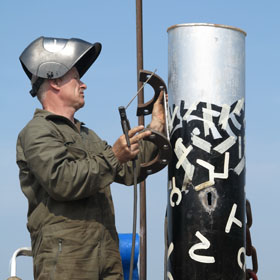 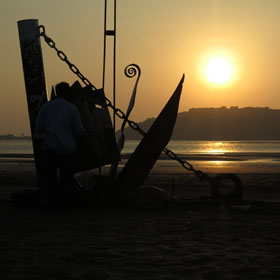 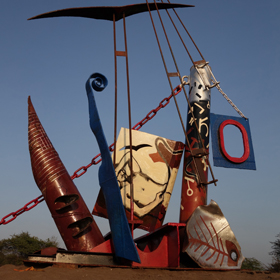 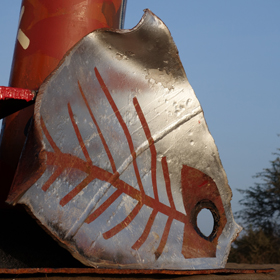 Ships are the largest steel man-made structures. They are carrier of our technical expertise, expression of our culture and our economic performance. Ships are also symbols loaded with myths, stories and legends, where the sailors on the ocean together consist of ship, man, storms and adventure, defying the force of nature. It is not surprising that the sailor his ship is a name, a woman's name, and he wrote him a personality, even a soul.

At the ship breaking yard Alang in Gujarat hundreds of ships are scrapped. The ships are cut until nothing remains. This steel then is transported to the steel mill and melted to form new steel. Steel plates, profiles, pipes and other primary forms are processed directly again.

From the ship's original being nothing is reminiscent. Everything is wiped out with brutal thoroughness.

Wolf and Ratnadeep pursue the vision to rescue the soul of the ship to save, by ART.

They will engage in the process of destruction by going aboard the dying ship and looking for attributes of his personality. Then these fragments from the hull will be detached to turn them into sculptures and works of art. These works are to tell of performance and life of the ship and its crew. From man's struggle with the forces of nature, make you think about the limits of technical controllability.

The plan is to be on the beach at Alang to build a basis, the starting point of the action, retreat camp and studio for the artists and the team. The works are to be built there in view point against the impressive backdrop of the monumental ship scrap. Certainly many helping hands of the welders and porters will have to lend a hand to this project. These people will be part of the action, part of the scene and part of the story.

The artists have developed a concept that has great flexibility in the implementation. Much will be inspired on site, be shaped by the technically implementable actions and the ever-changing scenery.

The Indian filmmaker Dhaval Shah will make a film of the story of the rescue of the ship soul, preserving the memory of artistic creation, a counterpoint to business and technology. Art as a relief from the tragedy.

Furthermore, the project will be documented as an extensive photographic work...